Mystery Lunch at REDBLUE – A chance to see the bigger picture 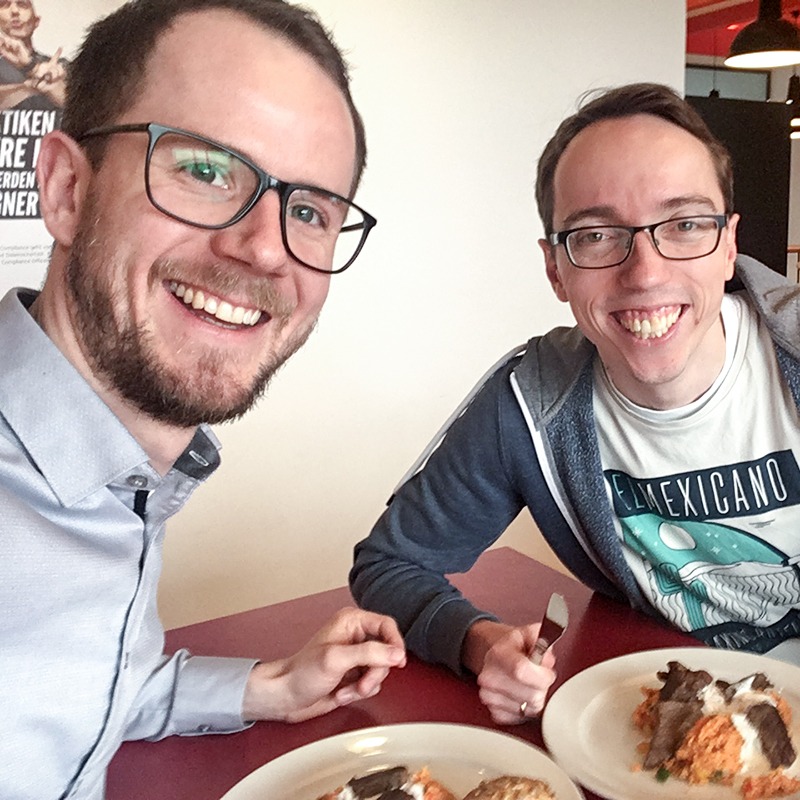 This article appeared originally on the website of redblue Marketing GmbH and has been republished here with the company’s consent.

Mystery Lunch at redblue – A chance to see the bigger picture

Mystery Lunch provides a way for colleagues who wouldn’t usually have chance to talk to come together and network over lunch – and it was an idea that appealed immediately to Nico (Financial Controlling) and Stefan (Team Customer Analytics) from redblue Marketing GmbH, a subsidiary of Germany’s Media-Saturn-Holding GmbH. When they got the chance to sample a Mystery Lunch, they didn’t hang about.

We interviewed Nico and Stefan about their experience. Read on to find out what they had to say!

“My first Mystery Lunch was a thoroughly positive experience, and the organisational side couldn’t have been easier,” says Nico. “Once I’d signed up, Mystery Lunch suggested a date to Stefan and me via email. We then corresponded directly and were able to agree an earlier date that suited us both. I was really curious to put a face to a name.”

“It was the same for me,” Stefan continues. “I was really keen to hear what Nico had to say. We bought something to eat in the canteen and ate our Mystery Lunch in a relaxed setting in the lounge of the company’s new building. The time went much quicker than I’d thought, since each of us had things to share from our personal and professional backgrounds. Of course, a meeting like that requires a certain level of attentiveness and a little bit of courage, since you’re opening yourself up to a new person. But by making the effort, you gain valuable insights and contacts.”

“I can only concur,” says Nico. “Stefan and I were surprised both not only about the number of differences that emerged, but also the number of similarities – on a professional level alone. The customer loyalty schemes “MediaMarkt Club” and “Saturn Card” were one example of an area in which these differences and similarities arose. While Stefan, naturally, had a lot to say from the perspective of CRM and growth, I was able to talk about the associated costs. In the end, we concluded that despite our different areas of focus, much of what we do from day to day is in pursuit of the same corporate goal.”

“Exactly,” says Stefan. “The opportunity to see the bigger picture really did materialise. We got acquainted professionally in a short space of time – but it goes without saying that we also found time to discuss personal stuff as well. We covered classic topics like, “Are you a born-and-bred Munich native or an ‘immigrant’?”, “How long have you been at Redblue?” and “What did you do before you were here?””

When it comes to summing up the session, Nico and Stefan are once again in agreement: “It was a fantastic start! Once you’ve experienced such a meeting, the encounters you have in the company corridors take on a new meaning. We very much look forward to our next Mystery Lunch!” “Mystery Lunch is a really cool idea,” Stefan adds, “particularly for people like me, from the CRM department, who haven’t been based permanently at the Munich location for a long time. It means that networking with colleagues has never been easier.”