Hybrid Work: Where work will take place in the future 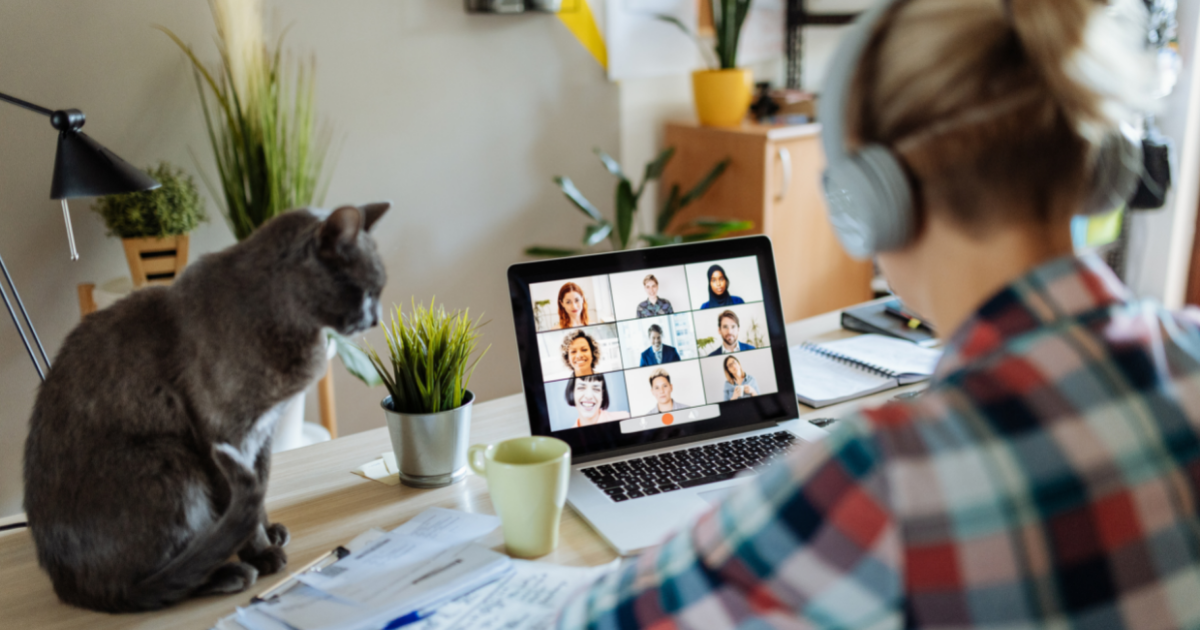 WHY REMOTE WORK IS THE COMEBACK OF THE CENTURY

Teaser: In this, the second part of a series on the future of hybrid work, we examine places of work. With 19th century industrialization, work was driven out of the home and moved instead to factories and offices. Because of the coronavirus, it is partially returning home in hybrid work models.

It’s a summer day in 1841: A new factory has opened in Prussian Berlin. Workers stand at its gate, perplexed,
looking at their professional future. It’s been only a matter of days since they were farm workers,
but those products are now no longer competitive. Some others were craftsmen, small-business owners whose work is now no longer a match for factory production. Beyond the gate, at this agrarian and industrial society threshold,
a very different job awaits them—and a radically different life. Labor used to be driven from home,
is how sociologist Jonathan Beckman sums up the central, epochal break.
And today, 180 years later, there is a great comeback: Work is returning to the home.

A LOOK BACK AT THE WORLD OF WORK

That’s why it’s worth looking back. What were people leaving behind at the factory gate, what interconnected world of work and home? And could this give us clues for the future?

Until industrialization, people lived and worked in the same building, at their forge, their mill, their farm. This home merged with that of the neighbors, with whom one exchanged and traded and to whom one married off one’s children. Home was where living, community, and occupation intersected. At home, everyone slept cheek by jowl, including servants and apprentices. At home, there was a lot of traffic. The concept of privacy did not exist. And the term “home town” as a distinction from the place of residence did not even appear in the dictionary until the 1800s: Before mass labor migration to the cities, there was no need for it, because where you were born was the same as your place of residence (and work!).
Then, however, people began moving into the city, into small barracks very close to the factories, where everything was connected by a large steam engine; offices were soon added.

The important thing here was the change from demand-oriented to operation-oriented work. This took some getting used to. Since, for the first time, workers were paid weekly wages, the first did not come back after half of the month, and more stayed at home after the third week of the month: They were used to working only as much as they needed to live on during the month.
We had to learn that their previous way of life, while possible in agriculture and handicrafts, was not tenable in industry. We succeeded all too well, and today we have completely lost the idea of working only as much as we need for short-term survival.

ON THE FRONTIER OF A NEW-OLD WORKING WORLD

Today is a spring day in 2021; perplexed, many are once again standing at the gateway to a new world of work. It is the comeback of the century.
What was torn apart by industrial society will come together again with a transition to a knowledge economy and the force of a pandemic: Work and home reunite.
Over half of the world’s population was displaced to the home because of COVID. And the greatest danger, during turbulent times, is not turbulence itself, but acting with yesterday’s logic, warns economist Peter Drucker.
Perhaps, after all, is said and done, the logic of the day-before-yesterday is the better one:

Is there a return of multigenerational life as companies and universities retool remotely, and many people move from urban ghettos back to extended family?
Others were barred from doing just that by travel restrictions and realized they didn’t want to be so separated from each other in the future. Is the neighborhood experiencing a revival?
Author David Brooks calls the hyperindividualism of our time medicine that now tastes more bitter than the disease. With it, we freed ourselves from stuffy post-war collectivism, but today we need a new sense of community instead of even more individualism.

Will we see a fairer distribution of wages and housework in the new home, when men can no longer hide in the office and women are freed to have careers?

An age that, according to philosopher Byung Chul Han, is characterized by classless self-exploitation, where master and servant are the same person, must also rethink the anecdote as mentioned above with the fairer paycheck: Where do we draw boundaries in a world in which work can be done virtually non-stop and with a COVID policy whose convoluted rules are best remembered as “Everything but work is forbidden”?
What does the balance between personal and business needs look like in the new work home?

WHEN ITS PLACE CHANGES, THE MEANING OF WORK CHANGES

Many organizations are beginning to understand: The post-pandemic world of work is one in which professional identities are increasingly fluid and blurred.
Who am I in my job, and what does my company stand for?
Identification with the organization as a whole, which had been realized in a specific place and building, will now be replaced by alternative social realities that take place outside the office: role identity, project identity, network identity, or even self-understandings based on “third places” such as the neighborhood or the co-working space.

As organizations must now compete more than ever for the attention of professionals as identity objects, new psychological contracts between employees and employers are needed: can an organization have an engaged workforce even if organizational identification is low or, like the workers themselves, widely dispersed? Can and should it prevent a plurality of identities?

To deal with this, managers need a new mindset to understand individual employees’ subjective, personal experiences. Today’s manager must look at how an individual navigates through the complexities of work situations, understand microdynamics such as compassion fatigue (a form of emotional and physical exhaustion very typical in the healthcare sector) and cynicism, a finer-grained perspective than that provided by the ubiquitous employee survey or annual review. If this is where the work world mixes with the living world again, there needs to be a mutual understanding: What gives the employee energy, what depletes it? What kind of (unpaid care) work does the employee still do in the home that needs to be considered?

The new (old) blended world of work and home is a high-stakes game: If work is once again more embedded in our lives, it might counteract our alienation from “the job” as a societal force, a dissatisfaction that’s becoming a rampant health and economic problem due to the phenomena of “bullshit jobs” (David Graeber) and meaningless work.
In that sense, inscribing meaningful work into our wellbeing is a good thing. Then again, it might also erase the difference between the private person and organizational member to such an extent that we realize the lost spatial separation also had a protective function.

This is by no means another critical appeal “to see the crisis as an opportunity,” no, these are simply the questions that arise at the gateway to the new world of work. And it would be best not to stumble into the new world the way our agrarian ancestors stumbled into the world of factories. A little forecasting might prevent a world of misunderstanding and mistakes.

Hans Rusinek conducts research on the transformation of work at the University of St. Gallen and is a member of the Konrad Adenauer Foundation’s Social Market Economy doctoral program. Previously, he was the first associate and associate strategy director of the Boston Consulting Group’s purpose consultancy, BrightHouse. He participates in debates between business and society, for example, in BrandEins or Deutschlandfunk. In 2020, he won the Ludwig Erhard Foundation’s Business Journalism Award for his work. Hans is an honorary fellow in the Club of Rome’s ThinkTank30. He studied economics, philosophy, and politics at the London School of Economics and in Bayreuth.

Do you like this article? Do you want to tell us your opinion on hybrid work and the future of work?
Share this article using #MysteryMinds #HybridWork