Work 4.0: A Threat to the Labour Force or a Space for Creativity Without Borders? 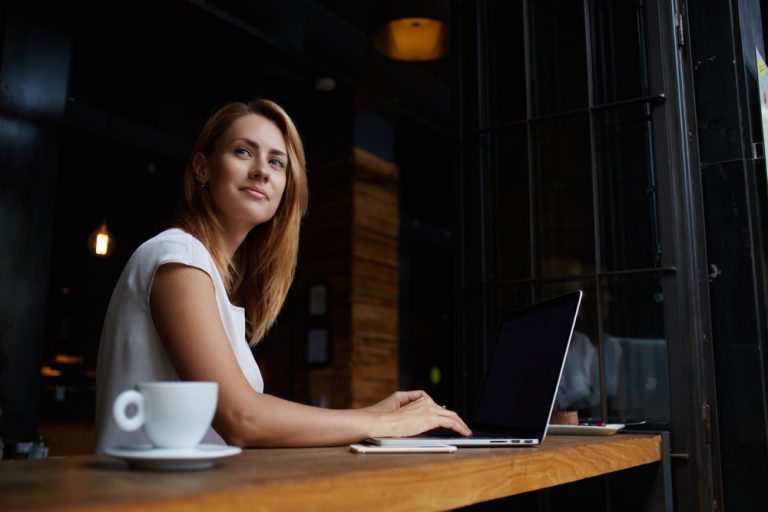 Work 4.0: A Threat to the Labour Force or a Space for Creativity Without Borders

Big data, robotics, artificial intelligence – all of these are technologies with the potential to permanently change our working world. The concept of “Work 4.0” plays a central role in this conversation. While many associate it with a fear of widespread job loss, others embrace the fact that simple tasks will soon be automated, creating more time and space for creative endeavours. How much of this is scaremongering, how much is a pipe dream – and what are we really to expect from the working world of the future?

In the era of Industry 4.0, machines, devices, computer and people communicate with one another via the internet. Actions are initiated without the need for manual intervention. Automation allows processes to be carried out “as if of their own volition”. Is this really the beginning of the end of work, as it is often proclaimed to be on talk shows and other public platforms?

Automation – the end of work?

In fact, digitalisation is a disruptive force. Technologies effect change in workplaces and societies, and this process of change is occurring faster than at any other time during human history. When we look at the modern pace of change, the timeline of industrialisation appears practically moderate in comparison. Society and the world of work are being forced to adapt as quickly as possible to try to escape the danger of a “clash of working cultures”.

While assembly line work has long been accomplished overwhelmingly by machines, other professions are now in the firing line, with the work of postal delivery staff, nurses and taxi drivers gradually being replaced by robots. Highly qualified professions are not faring much better: whether tax consulting, legal work or copywriting, it’s only a matter of time until a significant proportion of work carried out in these areas is automated. This makes it all the more important to plan effectively for the future.

While, from an operational point of view, the human labour force is set to decrease in significance, its importance in terms of value creation will remain very much intact. It is for this reason that Work 4.0 is not associated not primarily with risks for the working population, but with opportunities. “Knowledge workers” (that is, experts and specialists who plan and initiate processes) will be increasingly sought after. The demand for creative, strategic work will increase – a process that is already in full swing. This, in turn, means that existing structures will be dissolved and that day-to-day work in companies will become more flexible and agile.

Gone are the days in which each department within a company handled its own projects and responsibilities in an isolated manner. Today, there is scarcely a single project that is not managed and executed across departmental boundaries. This development is expected to gain momentum rapidly in the coming years, as silo thinking loosens its grip and think tanks spring up to provide experts from different disciplines a space to collaborate on the future of their industry. What’s more, this collaboration doesn’t stop at company boundaries: as well as working with start-ups and medium-sized enterprises, company groups are now cooperating increasingly with one another.

A great example of a joint corporate initiative is the data alliance between Axel Springer, Daimler, Allianz and Deutsche Bank, whose goal is to push back against the dominance of US heavyweights like Google and Facebook with a cross-group data platform: https://www.heise.de/newsticker/meldung/Deutsche-Konzerne-bauen-Datenplattform-gegen-Google-Co-3705594.html

Classic team structures are being replaced by interdisciplinary project teams in the digital workplace. Creative solutions are highly sought after and can be developed most effectively within the framework of agile project management. Companies are advised effectively, and rigid structures are being dissolved. A disruptive approach is not necessarily the only way forward; the process can also occur in an evolutionary, step-by-step fashion. As it progresses, it’s important to help employees from different areas establish new channels of contact – for example, through a “Mystery Lunch” shared by two colleagues matched by a computer algorithm.

The same routine, hours and location and desk: while this scenario was once the default working scenario and is undeniably still widespread, it is slowly being repalced by new models. Looking forward, it will often be the case that projects do not necessarily require project teams to be physically present in the same place. Almost no-one will return to the same desk each morning; rather, knowledge workers will log on from different locations within a shared network. Office buildings will become meeting points for project participants, forming an interface between the virtual and the real world. Experts from various disciplines will exchange key information in creative spaces outside the corporate environment.

Information available on 3D touchscreens on an ad hoc basis

Routine tasks such as searching, archiving and documenting has always been laborious and time-consuming, as have dry meetings and uninspiring Powerpoint slides. In the future, all these things will cease to be necessary – and will likely not be missed. Information will be digitalised, available at a click and displayed in a graphical, vivid and highly informative way. Large touchscreens, three-dimensional presentations and integrated multimedia elements will offer a significantly increased degree of convenience and a completely transformed experience in meetings and other aspects of working life, thereby creating space for ideas and innovation.

Lifelong learning as the key to success

Value-adding education and training has always been a significant factor in professional success. While this will continue to be the case in the future, the focus of such education and training is set to shift: the time frames in which young people complete their formal vocational training or studies will become shorter, with an increasing emphasis on learning and further education “on-the-job”. Employees and freelancers from various sectors and companies will learn from each other in the context of the informal exchange of ideas.

Looking ahead, the view is more optimistic: almost a half of respondents expected that their own work situation would be close to their ideal vision by the year 2030. Adjusted for the labour market as a whole in Germany in the year 2013, this expectation applies for one in four. Particular in regard to opportunities to actively shape their working lives and pursue opportunities for development, the working population in Germany has overwhelmingly positive expectations of tomorrow’s working world.

* According to a recent study from the Federal Institute for Employment Research (IAB), 58% of tasks carried out by the “simple” helping professions will be carried out by machines in the future. In skilled professions, this figure falls only slightly, to 54%, which represents over half of all jobs. Even in specialist and expert professions (40 and 24 percent respectively), a significant proportion of employees will eventually be replaced by computers.

Excerpt from the study “Wertewelten Arbeiten 4.0” (“The Values of Work 4.0”) by the German Federal Ministry of Labour and Social Affairs (2016), translated to English from the original German